Andrew Harwood, a member of St John’s, recently took on a huge challenge to raise money for Cancer Research: a 100 mile walk from Hastings to Dover. His wife Helen Harwood documents this massive achievement. 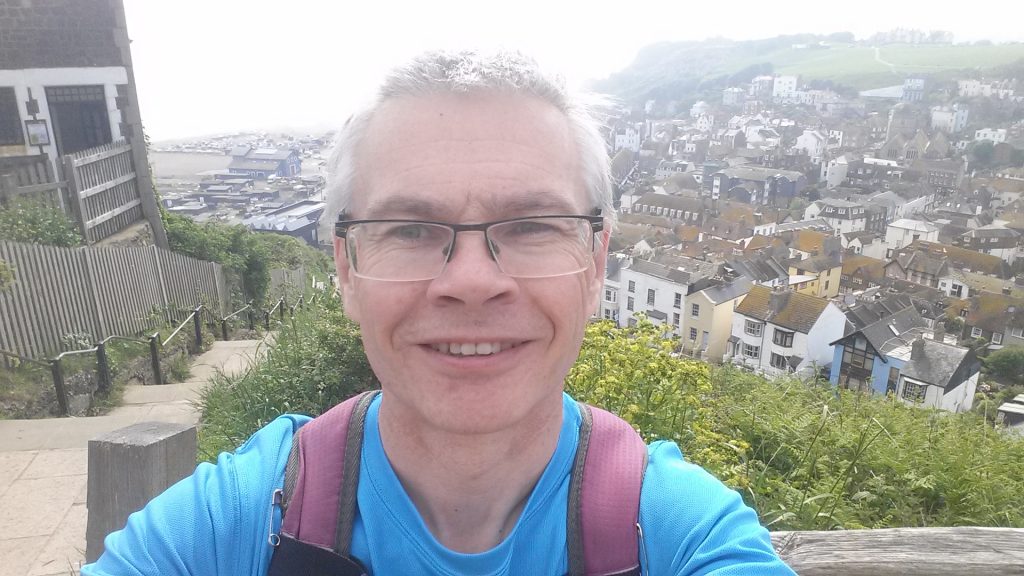 Over the late May bank holiday weekend my husband, Andrew Harwood, set out to walk and run 100 miles in aid of Cancer Research.

The event, organised by the Long Distance Walkers Association (LDWA), followed a route from Hastings to Dover (actually travelling past Dover up to Sandwich before returning to Dover to ensure it was just over 100 miles).

The route was mainly on footpaths and byways, with a small amount on roads. The time limit was 48 hours and the walk had regular checkpoints with refreshments, but no beds! The course is not marked, instead, each entrant is given a very detailed set of directions to follow. My husband told me “Navigating the course is all part of the fun.”

Andrew chose to raise money for Cancer Research as he has known so many people who have been affected by cancer. Sadly, some of them are no longer with us. He told me “I just felt that I should do what I can to help. I hope there will be a day when all types of cancer are curable.”

Andrew had completed lots of long distance walks, but not anywhere near as far as 100 miles. Last year he took part in the Isle of Wight challenge, 66 miles around the coastal path of the island. However, he had not managed to do as much training as he’d hoped, and was, therefore, fairly apprehensive about how he would cope with 100 miles!

The start was on a hot and humid Saturday at 10am on Hastings seafront. Andrew started running the flat and downhill sections and walking the rest in order to conserve strength. Things were going reasonably well and he was enjoying going through the town and out into the countryside.

The sunset looked amazing and during the night there was a thunderstorm and a bit of rain; fortunately, it didn’t get too close and he didn’t get too wet. On route, Andrew heard the amazing sound of hundreds of frogs making a whole range of noises at the various waterways he went past.

After the 5am cooked breakfast on Sunday morning (served by LDWA volunteers), things started getting much tougher and Andrew was mostly walking. The sun was out and it got quite hot. A long difficult descent into the first pass through Dover exhausted Andrew and he was seriously thinking about quitting at the next checkpoint.

He remembered from experience that these feelings of exhaustion can go just as quickly as they come. So, after some food and drink at the checkpoint, he decided to try getting to the next checkpoint as an ‘experiment’, to see if he could to it. Fortunately, he found he could.

Andrew travelled up the coast through Deal to Sandwich, getting very tired at around 90 miles and leaning slightly to the right. This rapidly got worse until he was leaning badly, making it very hard to walk in a straight line. Unsurprisingly, his back hurt; apparently common on these long walks.

By the 97 mile checkpoint, Andrew was hardly making any progress at all. The ground was rough and he had to concentrate very hard in order to make sure he didn’t fall. He was having to stop after taking a couple of steps, and he thought this was the end. He did not feel safe to continue. Reaching the checkpoint, he said that I wanted to retire from the walk. He called me and told me this. I felt so sorry for him as he was reaching his limit – but hoped he would be able to make the few final miles.

Checkpoint volunteers asked him to lie down and rest for half an hour before he could retire. After half an hour he said again that he wanted to retire and they radioed for someone to pick him up and take him to the finish. However, 20 minutes later it was apparent that it would take some time before he could be picked up!

During this time other walkers had passed through, some of them also struggling but continuing. The checkpoint team told Andrew that the final section was not as difficult as the one he had just covered. Gradually, his mind began to entertain the notion that he could make it to the end! The checkpoint team were encouraging and he set off on the final 3 miles with a renewed sense of purpose.

The last three miles were long, slow, and painful; with Andrew stopping many times. During this time the sun rose again and he realized that he had gone through a second night. Andrew told me that, surprisingly, lack of sleep didn’t seem to be a problem for him during this event, despite being out for almost 43 hours. He certainly felt physically tired, but at no time did he feel sleepy. I think the adrenaline just kept him going!

Eventually, my dear husband hobbled across the finish line in Dover 42 hours and 39 minutes after setting off from Hastings and nearly burst into tears; his British stiff upper lip taking over!
Andrew told me “I think it is probably the toughest thing I have ever done.” (and he has done some tough things)

I’m massively proud of my 53 year old husband, he has the strength and stamina of many half his age.

I am hopeful he will smash his target and raise lots for Cancer Research – so his dream may be realised of a cure being found for every kind of cancer.

If you share this dream, please visit Andrew Harwood’s charity page and sponsor him before the end of June. No amount too small (or big). https://mydonate.bt.com/fundraisers/andrew 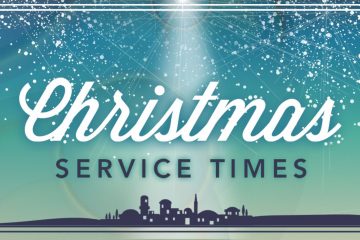 Advent and Christmas Services in the Vale Benefice 2019 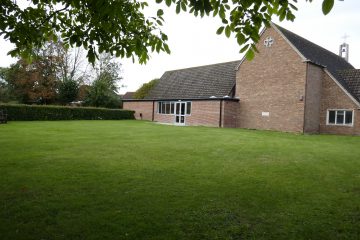 On the 20th of October 2019, The Bishop of Dorchester came to St John’s Church to officially open and dedicate the church hall. Thanks to the hall improvements the Church and Hall are now highly accessible to Read more… 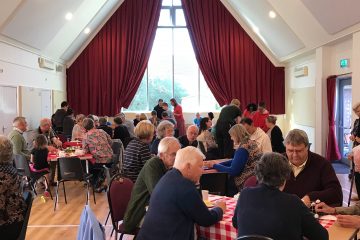