“…as the dragon, poised to devour its helpless prey, looms over the stranded Princess, the gallant St George charges the crest of the hill, dealing a fatal blow to the scaly beast, freeing the young maiden and bringing peace to the traumatised countryside.”

It’s not a bad story; many a film has been inspired by the fairy-tale trope of the helpless princess being saved by the dashing knight, which is so perfectly captured in St George and the dragon’s tail.

April 23rd was St George’s day, and for some, this either conjures up a childish story of monsters and heroes or an uncomfortable reminder of the Cross of St George’s flag and its previous connection with football hooliganism.

But, St George has so much more to offer us.

The real St George is understood to have been born in current-day Turkey before re-locating to Palestine, where he served in the Roman army, rising in the ranks until he was martyred for not renouncing his Christian faith. Over the years, his example of faithful obedience and courageous dedication to God becomes entwined with the legend of coming to others’ help (while fighting a great big dragon). St George has continued to inspire people over the years and across the world, like this Mediterranean refugee soldier and martyr, is the patron Saint of a long list of countries including England, Greece, Russia and Ethiopia.

It is only in the last few years, as I have been asked to preach about St George that I began to look at him in greater detail. Whereat one time, I only saw a story-book character; I am now beginning to see why this combination of a dedicated and determined man alongside the narrative of a heroic stranger coming to meet others’ needs has inspired so many.

Our patron Saint is a reminder to me of Jesus’ dual command to put our faith at the centre of our lives and to look to help and care for others continually. It is this mixture of God first, and putting others before ourselves, captured in the life and legend of St George, that has fuelled the spread of the Christian gospel across the world and inspired the church to care for others, from setting up; schools, hospitals, charities and hospices to inspiring legal structures and supporting human rights.

Whenever we face “monsters” and the wants and desires of some threaten to limit and damage the lives of others, all of us can be reminded of the importance of integrity and holding on to our beliefs in the face of oppressive opposition, and the continuing priority to fight for the needs and freedom of others even if we don’t wear a suit of armour and wave around a huge big spear! 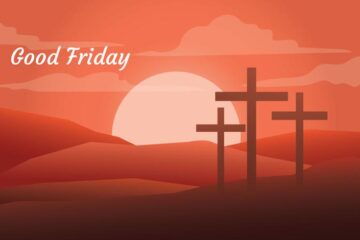